Salt – The White Gold of the Earth? 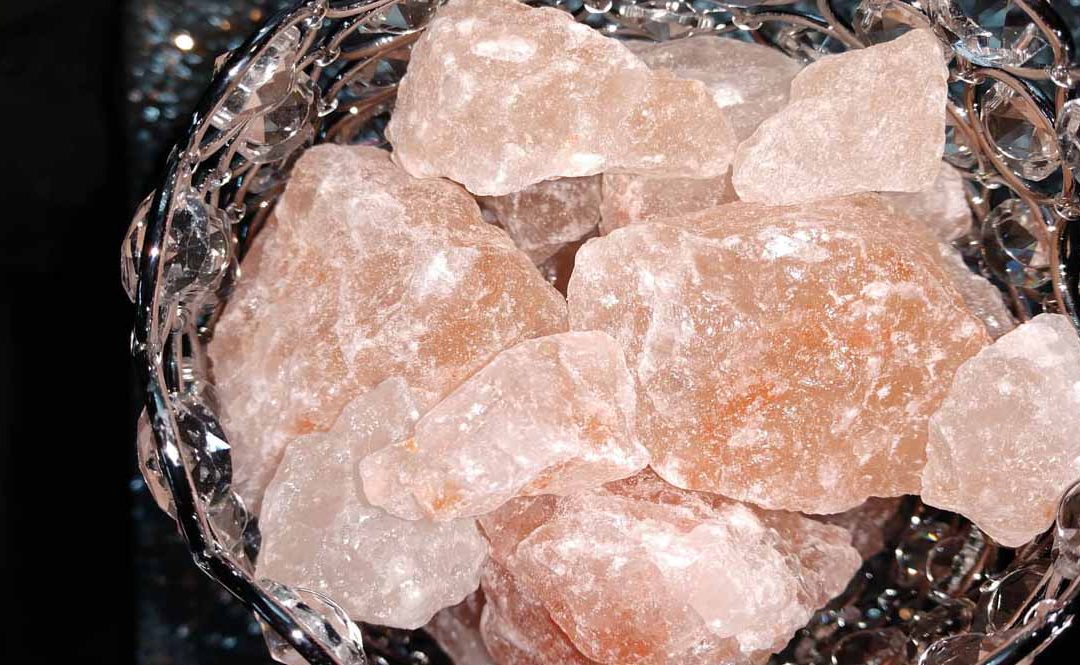 Sharing is caring! Get fit & healthy!

The benefits of salt are extensive and you’ve probably read some contrasting information. The truth is, salt is just as important for our lives as water.  We could exist neither without water nor without salt. The outstanding role of salt in our lives depends on its very special properties.

The Characteristics of Salt

In contrast to water, salt has a cubic structure. What is truly special, is its ability to change.

Salt is the only crystal that dissolves in water. The product from it, the brine, is neither salt nor water, but something completely new. If the brine is allowed to evaporate, salt is returned to us.

This ability to change is the reason why salt, unlike carbohydrates, protein or fat, does not have to be metabolized by our body. Salt is not present as a molecule, but always in its ionized form.

The Functions of Salt

The properties of salt enable it to take over vital functions in our body. Osmosis, the basis for cell metabolism, is controlled exclusively by the salt concentration in the cells. Even the smallest activity of our body is only possible through the presence of salt.

Every thought, every movement, all our doing and acting is controlled by our brain and our central nervous system. However, the nerve fibres can only transmit the impulses if the elements contained in the salt, such as potassium and sodium, are present.

The conductivity of the salt is often demonstrated with an experiment: The two ends of an interrupted circuit, to which a light bulb is connected, are held in distilled water. The lamp does not burn because water has no conductivity. If a little salt is now added to the water, the lamp lights up abruptly. In the same way we can imagine the function of salt in our organism. Our body can only function optimally if enough salt is available.

Table Salt is Not Comparable to Natural Salt

The salt that we normally use in our kitchen is not really salt, but a chemical product consisting of only two elements: Sodium and chloride.

However, salt in its natural form consists of practically all elements of the periodic table, because natural salt is nothing more than the components of our earth dissolved in water in primeval times, identical to the primeval oceans, the primeval soup from which all life arose.

From White Gold to White Poison

The question is rightly asked why the valuable natural salt is chemically “purified” and turned into inferior sodium chloride. The answer is very simple: About 93% of the world’s salt production is used more or less for industrial purposes, and this requires the purest sodium chloride. Approximately 6% are used as preservatives in the food industry, and only a very small portion is used in our kitchens as branded salt or table salt, but that’s not all!

The natural salt is not only deprived of its minerals and trace elements, which are so important for us, but is also treated with preservatives and other chemical additives to make it beautiful white and to improve its scattering and flowability.

The intake of iodine or fluoride is also – contrary to the advertising claims of the salt industry – not beneficial to our health, but even considered dangerous. In addition, the crystalline structure and the valuable mineral content of the salt is irretrievably destroyed by mechanical degradation and chemical processing.

It is the natural salt, with all its elements, that our body needs to function perfectly. We humans only need such a miniscule amount of less than one gram of salt per day! However, the average per capita consumption of common salt is between 12g and 20g per day. You may not even be aware of this, because there is also a lot of sodium chloride hidden in all ready meals and preserved foods such as bread, ham and cheese.

Our kidneys are able to excrete 5 to 7 grams of salt per day. Since the daily intake of salt is often more than double, our excretory organs are constantly overtaxed.  Acidification can happen in the body, which is a measurement of PH in the body. Acid and Alkaline, the more acidification that happens, the lower the levels of healthy alkaline will be be. See “How to make your own SOLE” at the end of this article to address healthy PH levels.

Oedema and deposits in vessels and joints are the results of our organs not being able to properly excret.  Oedema is a condition characterized by an excess of watery fluid collecting in the cavities or tissues of the body.

Salt is abundant on our planet, not only in the oceans but also in rock form. In contrast to sea salt, rock salt, hidden in the belly of the earth, was largely protected from environmental influences. Depending on the region, the salt deposits of the salt mines consist largely of rock salt. From a biochemical point of view, rock salt is more valuable than table salt because it corresponds to the natural wholeness.

Due to a lack of pressure, however, the minerals contained in rock salt could only be incorporated to a minor extent into the lattice structure of the salt and were instead deposited in the spaces between the crystal lattices. Although all elements are present in rock salt according to the holistic nature of the primordial oceans, they are present as molecules and therefore cannot be absorbed into the cell.

Only minerals that are incorporated into the lattice structure of the salt, i.e. are present in ionized form, can enter the human cell and are thus also available to the body.

The pressure conditions to which the salt has been exposed over millions of years are decisive for the formation of pure, natural crystal salt.

In contrast to rock salt, crystal salt not only has a higher biochemical availability of the contained elements, but also follows a superior, natural state of order according to its geometric structure, which is responsible for the biophysical properties of the oscillation pattern.

There are also differences in crystal salt. The higher the quality, the clearer, more transparent, more colourless and purer the salt crystals are.

Not Every Crystalline Salt Lump Meets the Required Quality Criteria.

The higher the sodium chloride content, the higher the quality of a natural crystal salt. At first this sounds like a contradiction. However, sodium chloride must be seen as part of a whole, because the grown crystal consists to a large extent of sodium and chloride. Nevertheless, all other elements are present in a more or less strong concentration.

It is this mixture that matters and that we find in our blood in similar concentrations. Some elements are present in such small quantities that they can no longer be detected biochemically. Only the biophysical proof of their oscillation pattern reveals their existence.

How to make your own “SOLE”

Now that you have a good understading of benefits of salt, here is something easy you can make a home! Its called Sole and honeslty I can’t think of a better name, its such a soul soothing name right? Well maybe, but either way youll want to remember this.

When crystal salt is dissolved in water the solution created is called Sole. The minerals found in Sole, exist in ionic form. Ionic form means these minerals have either a positive or negative charge. Unlike the typical salt that I mentioned above, those only have sodium and chloride, the additional minerals in the crystal salt allow the water to fundamentally change geometric structure.

First you’ll need to get yourself some good quality crystal rock salt. I talked about the quality scale in this article.  You can click here to get the one I used, or check out other options here. Just keep in mind the information that I wrote about when deciding what brand of crystal rock salt to buy.

Take a glass jar, pitcher or container that has a proper lid that will seal.

Youll want to let this sit for 24 hours. This allows the crystals to begin to dissolve and the water will become fully saturated with the crystal salt.

The water has now transformed into Sole!! Congratulations…yes..its really THAT EASY!

You can leave the Sole on the kitchen counter as a perpetual reminder and for convenience. Just make sure you keep the jar covered to reduce evaporation and dust. Dont use metallic lids.

Sole Use: Add one teaspoon of Sole to 8 oz. of purified water.  Drink each morning on empty stomach and then wait 30 mins before eating.

TIPS : Crystal rocks should always be visable in the jar.  As they dissolve, be ready to replenish them before they dissolve completely. Add new water as needed, let sit 24 hours each time you refill with water.

Sharing is caring! Get fit & healthy!

We use cookies to ensure that we give you the best experience on our website. If you continue to use this site we will assume that you are happy with it.AcceptPrivacy policy